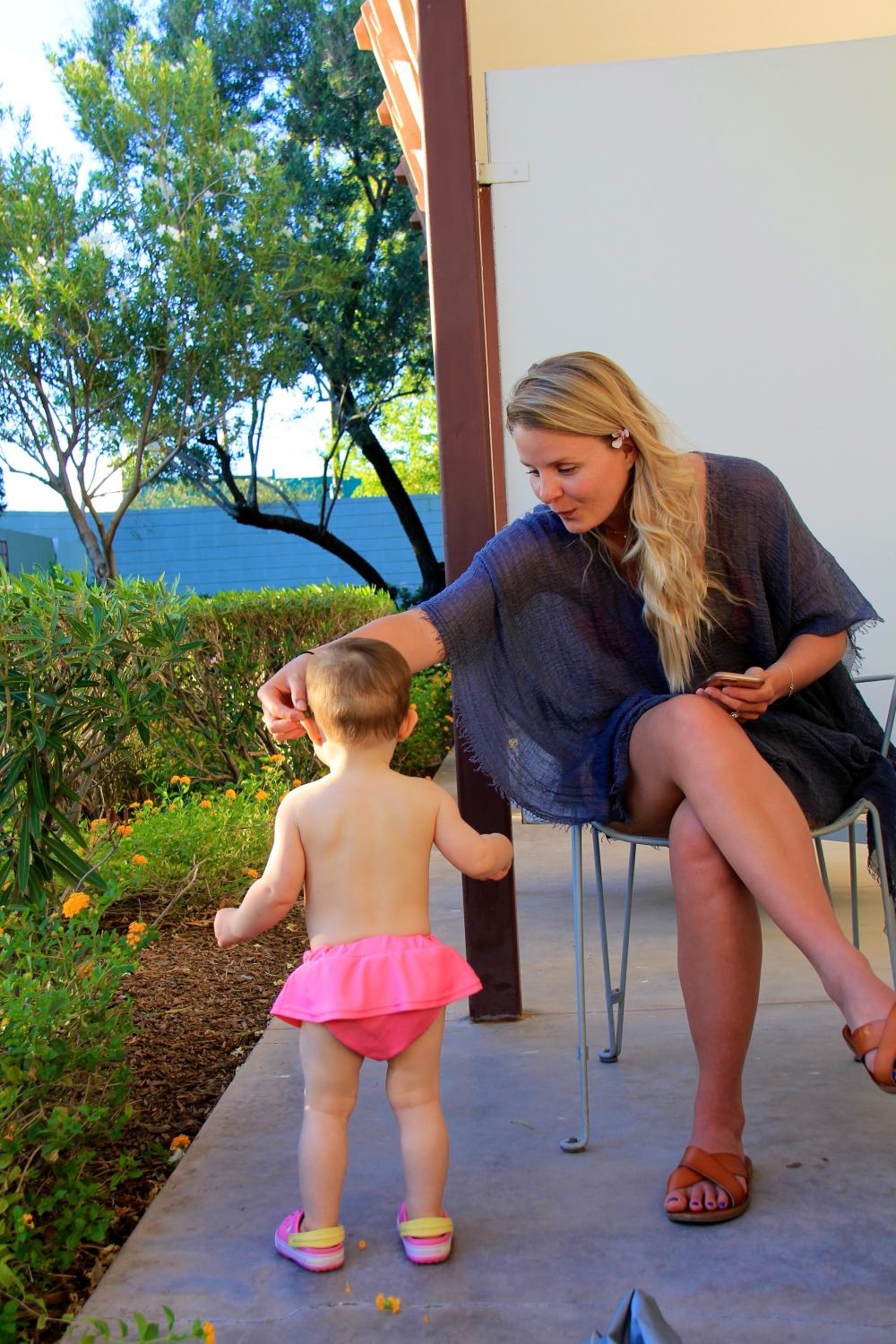 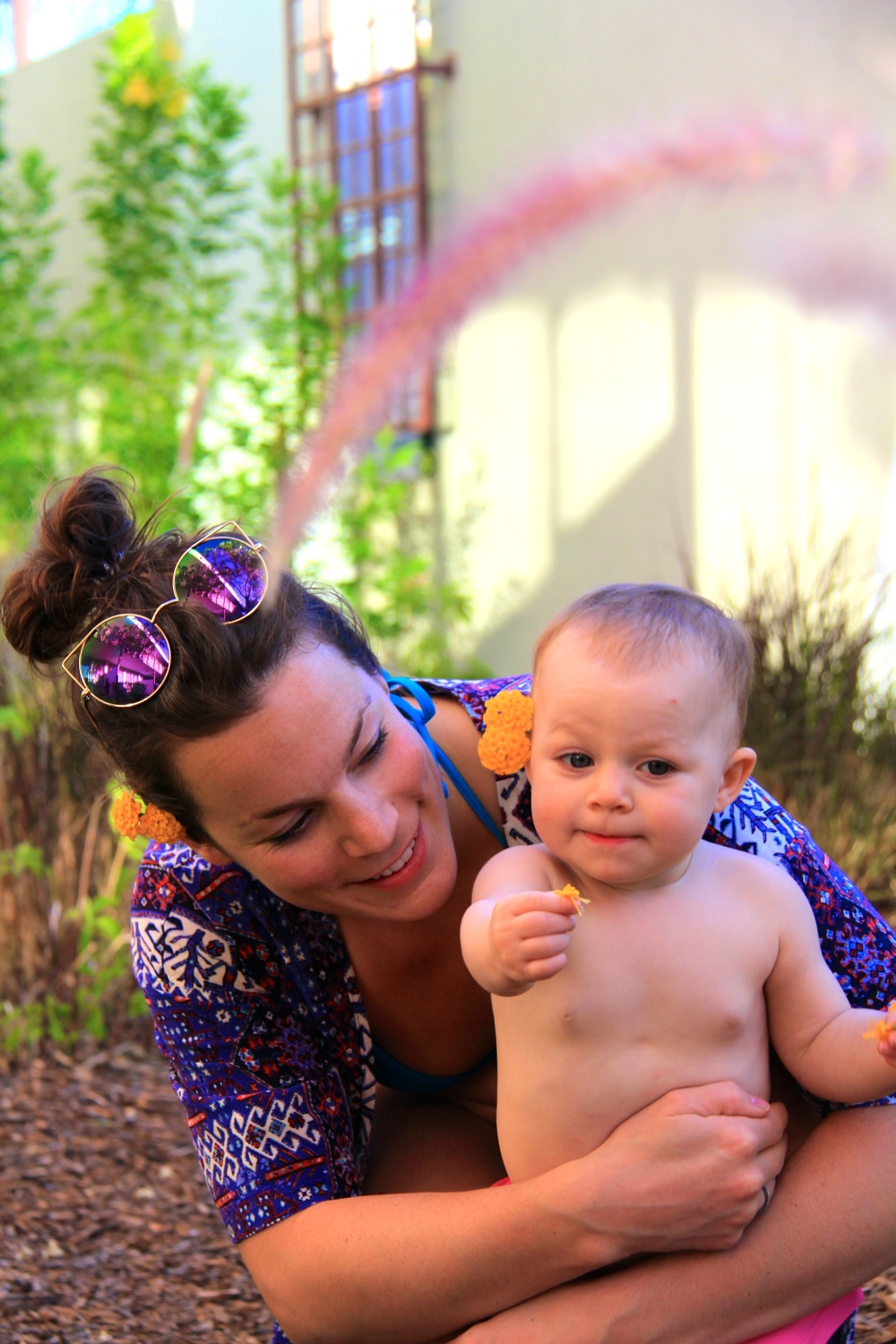 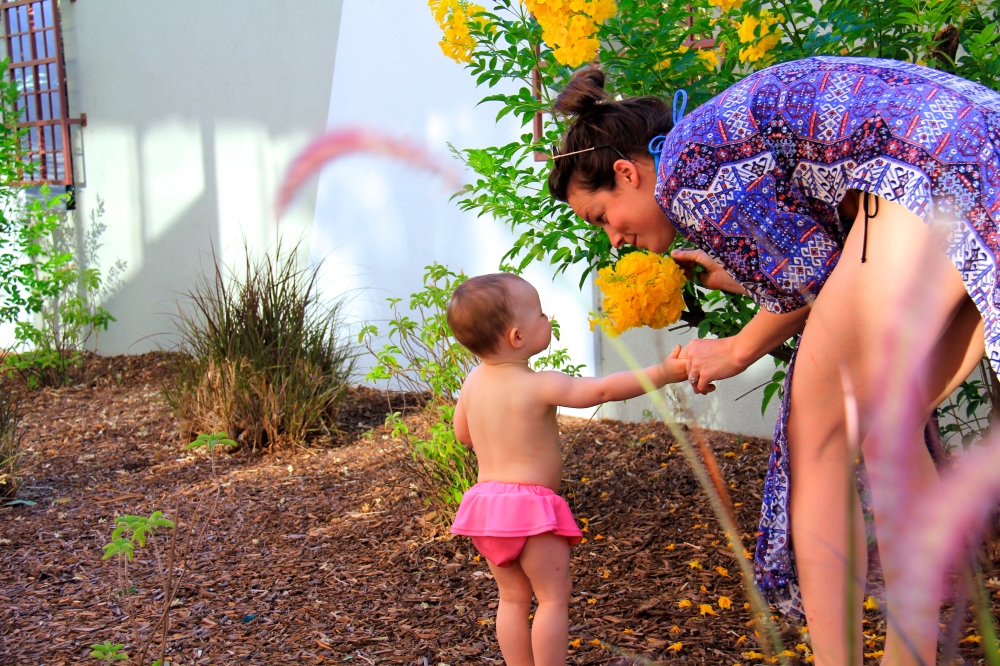 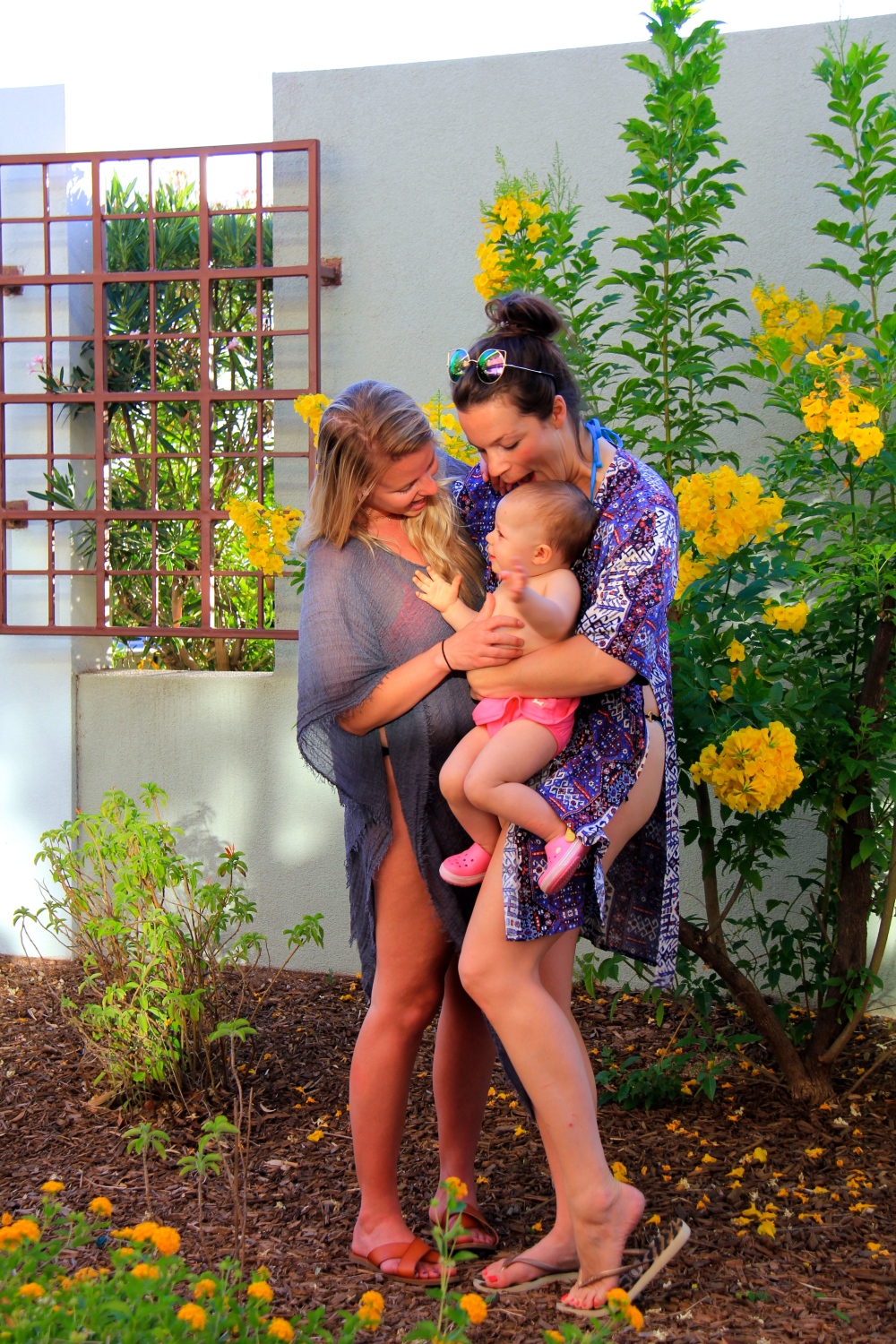 Over a week ago we were lucky enough to fly to Scottsdale, AZ with our best friends for a little (much needed) get-a-way. This trip was special for a number of reasons, the first being that it all started at a woman’s luncheon around Christmas. There was a silent auction (man I love those things) and my best friend Spenser and I blindly bid on a few nights stay in a house with a private pool and a putting green. WE WON, aka we were the highest bidders! If there is something that Spenser and I do well together (actually, we do a lot of things well together…), its make really fun decisions and plans on the fly. Plus my husband and I had never been to Arizona, and our families travel really well together, so what’s the harm? We thought none!

Our trip down was fantastic, other than the super early wake up to catch our super early flight…but it meant that we got there super early! Ada was such a trooper! She took lots of naps and made so many friends on the flight down handing out high-fives like they were going out of style. Once at the airport, we jumped into our rental car and drove off to the house in Scottsdale, looking forward to a full day by the pool. However, once we arrived we stayed all of 20 minutes before we high-tailed it outta there to come up with a Plan B. The cleanliness level of the home made us all feel very uncomfortable, especially with our little 1 year old running/crawling around. We drove straight to True Foods Kitchen in Kierland Commons, a place Spense and her husband Dan had been raving about!! There was a bit of a wait to get a table so we went to this incredible splash pad right outside the restaurant to hang. Ada had the best time splashing around and meeting friends while we waited. It couldn’t have been more perfect! 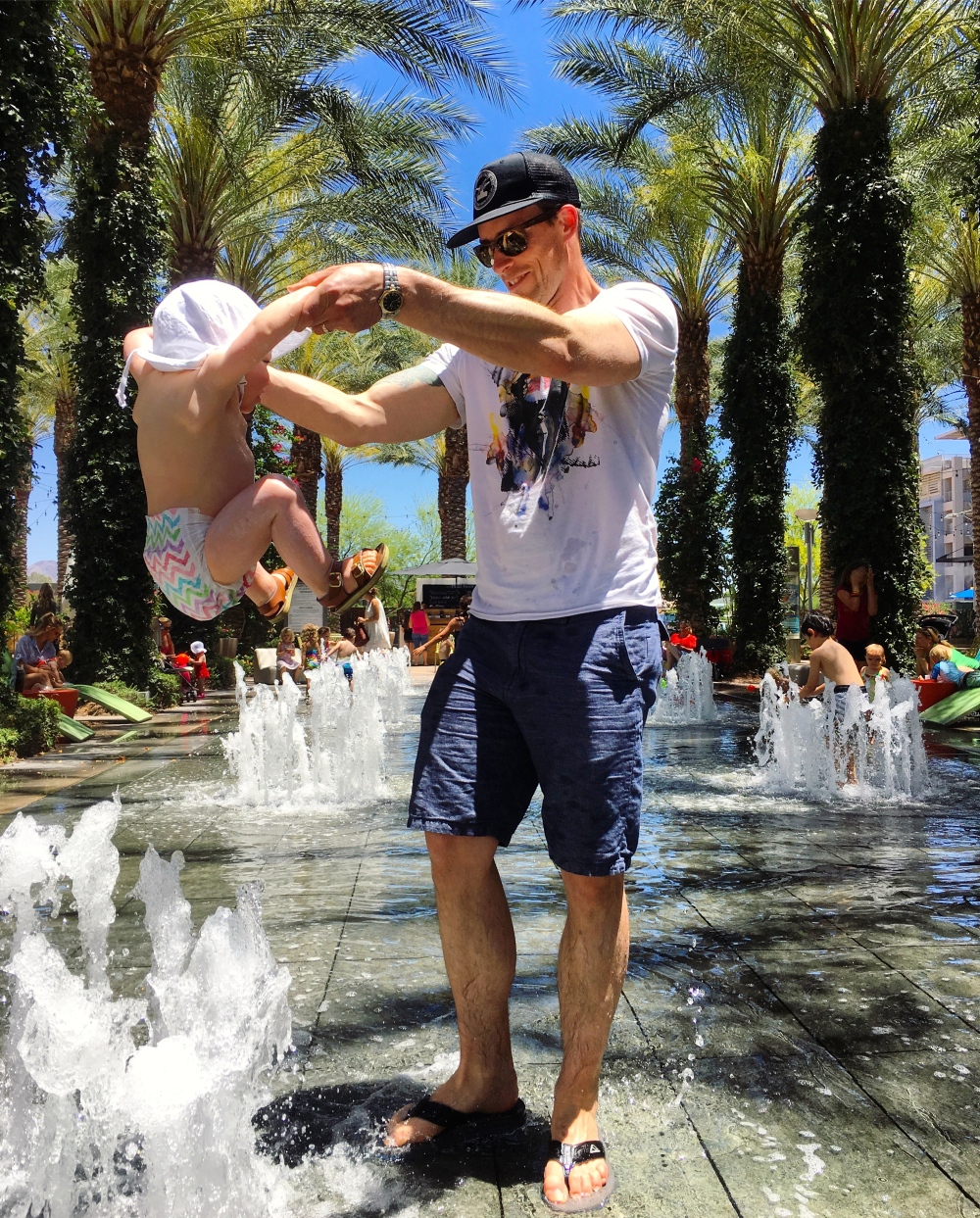 We had the best lunch at True Foods! Their margaritas rock and their food so healthy and delish! It was also so refreshing to all be on the same page about not staying in the rental and finding something that would be equally as fun. I’m really proud of all of us for not letting something so upsetting really get to us. We all kind of just accepted it and moved on, not wanting to put an even worse damper on the day.

After driving around to a few places with no reservation on Memorial Day long weekend and throwing our hands in the air a few times, we came across The Hotel Valley Ho! It was a mid-century mod dream. The place was so cool and they were incredibly accommodating. We requested rooms side-by-side, and they put us in the back part of the property, next to the quite pool, in a couple of garden suites. AND THE ROOMS WERE SO CLEAN (insert massive eye roll)

The yellow flowers and blooms were in the garden just outside our rooms, and not to mention picture perfect, as you can see above! It didn’t take much for us to settle in and feel like our vacation could finally begin. Ada loved being able to walk over to her Aunt and Uncle’s room freely and explore the bushes and flowers! She is so curious, loves smelling flowers, and this was the perfect set up for her to just be. I’m so glad I didn’t have to worry about her falling into the pool…I don’t think we could have planned it any better ourselves. Our plans totally and unexpectedly changed, but it ended up being an even better trip than we could have ever planned!